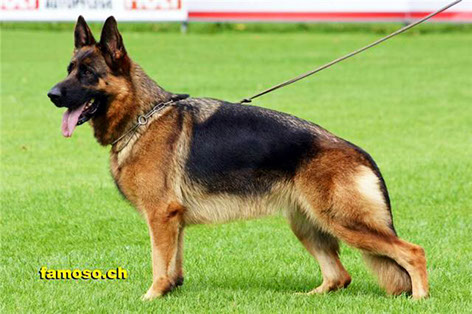 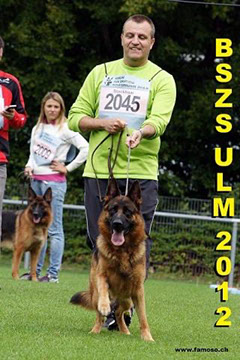 Please click on the picture thumbnails for an enlarged view. To exit the gallery, press the esc key.

Vesta at the German Sieger Show

Vesta getting ready for her Stand for exam

Vesta as a pup

Vesta in the Long Bite

Vesta in stride during her stand for exam

Vesta in the attack out of the blind in USA

Vesta on the podium in Germany recognized alongside the other performance award winners.

Vesta with her first VA trophy from the North American Sieger Show!

Vesta at the American Sieger Show for her first VA title

Vesta in the Long Bite

Vesta heeling to the bitework at the German Sieger Show

Vesta in the working class at the USA Sieger Show

Vesta was the first American bred female who till date has had an excellent career. She has won multiple bitework awards in Austria, Germany and the United States, being the youngest IPO3 female to win the coveted bitework performance award in the German Sieger Show.

Vesta is the  winner of the best performance award at four consecutive sieger shows  in Austria, Germany and USA! She is also the youngest female to achieve this distinction. Furthermore, she is the ONLY non German female to have ever won the performance award in Germany. We are very proud of her.

Vesta was also crowned VA3 at the USA Sieger Show and also was the Best American Bred female with bitework recognition. Now she is proving to be an excellent producer as the puppies from her first litter are winning shows. Her son Puma von Nummer-Eins was the winner of a competition under Margit van Dorssen.

Of over 500+ dogs in the 2012 seiger show in Germany, she was at the  top in protection with standing ovation;  this show is where the “best of the best” come to compete.